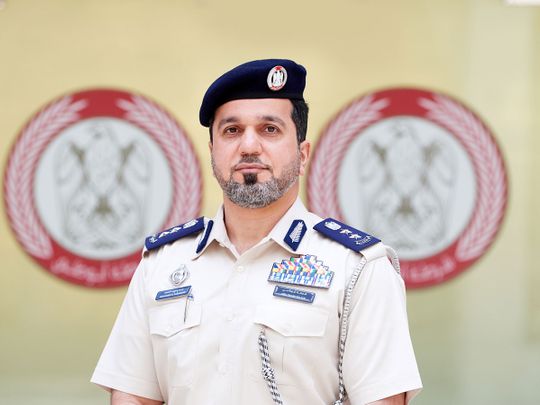 Abu Dhabi: It was a February morning when Colonel Mohammed Al Khoury, Deputy of the Capital Police Department, received a call that would define the next six months of his life. The words were simple and direct: “Come to the crisis management centre. We have a mission.”

The voice at the other end of the phone was that of Major General Maktoum Ali Al Sharifi, Director General of Abu Dhabi Police. The mission: COVID-19.

Despite receiving 23 medals in his career, serving almost five years in the police academy after graduation, for Colonel Al Khoury it was an operation outside the realms of ordinary police work – coordinating Abu Dhabi’s fast-paced response to keeping the public safe from what has become the world’s biggest public health crisis.

Colonel Al Khoury said: “When I arrived at the police headquarters it was 8am. General Maktoum had called five people in and I was one of them. We were instructed to create a task force to work on the mission and everything was immediate. I left that night at midnight and from February until August, I worked from 7am to 11pm, seven days a week.”

The news the small team was given in the briefing was that two Italian cyclists competing in the UAE Tour had tested positive for COVID-19 in Abu Dhabi.

Swiftly, the team grew and began working with the wider police force, the traffic department, Abu Dhabi Healthcare Company (SEHA), retailers, hospitality operators, municipalities and multiple government agencies. One of the first tasks was to turn hotels into quarantine centers.

“We had to bring locals safely back to the country from abroad and quarantine them. People were being quarantined in 5-star hotels – everybody had their role to play in fighting the virus,” said Colonel Al Khoury.

Colonel Al Khoury explained how he experienced the quarantine facilities first-hand after testing positive for COVID-19 in May.

“In the middle of all this, I tested positive,” said the Colonel. “It was a good learning experience though. I was in a quarantine center for 14 days. Being in the center allowed me to see first-hand how our people were working, how we were managing, how we talked to patients. I was delighted to receive calls from senior government officials and my family members.”

Contracting COVID-19 was not the biggest challenge for Colonel Al Khoury. That came in the form of the personal sacrifice of seeing little of his five children and family for a long period at the start of the pandemic. He said: “The first two months, I didn’t see my family – I would work and get home late and see my wife for five minutes then I had to go to sleep.”

Colonel Al Khoury praised the people of Abu Dhabi for their collective response. “Most of the people in Abu Dhabi are educated and understand their responsibility in protecting the safety of their lives, their children and their colleagues,” he said. “So, most of them were onboard with the measures we were taking.

“Everybody had a responsibility. For example, let’s take food. Deliveries never stopped; they were taking food everywhere all the time. We were giving passes to people working in health, delivery, shipping – we didn’t stop them at all. Despite this, we had to make some tough decisions – people were working from home, people were sick, we had to close shops and malls.

Colonel Al Khoury praised the work of the Frontline Heroes Office, which recognises, celebrates and supports those who put themselves on the frontline in times of need in service of us all.

“We are encouraging people to be heroes,” he said. “So, it is important to lead by example and show everybody in our service that it is crucial they play their part.”