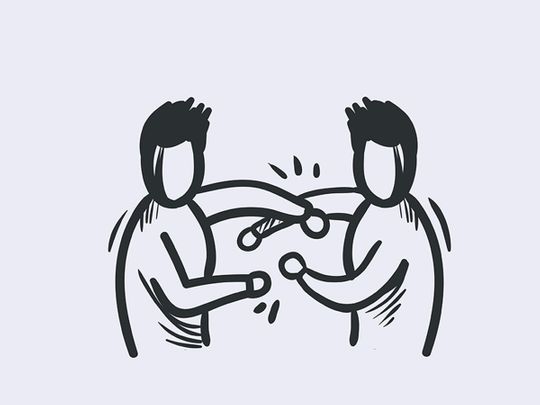 Dubai: A policeman, who was accused of kidnapping, assaulting and threatening a man stalking his wife, was sentenced to a suspended six months in prison.

According to Ajman Criminal Court, the 30-year-old Emirati policeman, was charged with kidnap, theft, assault, endangering lives, issuing threats, insulting and abusing his position by using force with the victim.

Records showed that the defendant’s wife told him about a man harassing her on Snapchat and WhatsApp.

He said the defendant called him and asked to meet in order to resolve the issue. The victim sent his location in Ajman to meet in February.

The victim said that the defendant was in his police uniform and that he threatened him with a knife, forced him into his car where another man was hiding in the back seat. “He told me that he will take me to a place from where I cannot return to life,” said the victim.

The victim was then taken to a deserted area in Ajman where he was assaulted, robbed and abandoned. “A man, who was hiding in the back seat, held me while the defendant choked and punched me on different parts of my body.”

The defendant’s lawyer, Mohammad Al Awami Al Mansouri, said the victim’s story was fabricated. “The victim was trying to contact my client’s wife through WhatsApp and Snapchat and text messages and there is a case against him in Abu Dhabi. My client called the victim to solve the issue. He didn’t kidnap the victim or threaten him. It was a fabricated story,” Al Mansouri said.

Judges cleared him of charges of kidnap, endangering lives, obtaining the victim’s mobile phones under threat, issuing insults, and abusing his position by using force with the victim. However, the defendant was convicted of theft, assault and issuing threats and was sentenced to a suspended six months in prison.