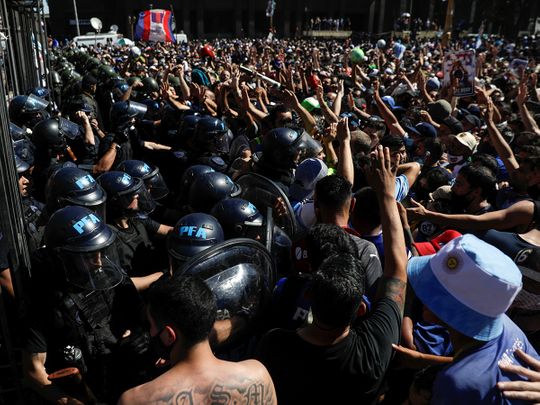 Officials earlier ordered Maradona’s coffin to be moved to another room inside the presidential palace after fans took over an inner courtyard and disrupted his lying in state.

The government had early announced a three-hour extension to the wake to allow time for thousands of fans to pay their respects.