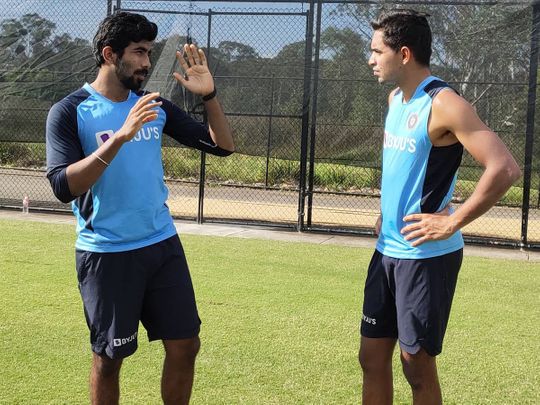 Friday will mark India’s return to international cricket after nearly nine months. I can’t wait for play to be called in Sydney to kick off another exciting chapter in Indo-Australia cricketing battles.

The three ODIs, and the three subsequent T20s, will allow India to settle in by the time the Test series arrives in mid-December. The extended squad has been in Australia for a fortnight, and they are well positioned to replicate their deeds of early last year when only rain prevented them from completing a sweep across formats.

India’s players are coming off the most exciting season of the Indian Premier League in the UAE. Of course, the 50-over format makes different demands, but I’d rather be in India’s shoes than Australia’s, what with several of their key men playing Sheffield Shield first-class cricket.

It goes without saying that India will miss Rohit Sharma. Not only is he a destructive opener, he has a fantastic record in and against Australia. But I have always maintained that one man’s misfortune is another’s opportunity. I fancy Mayank Agarwal to open the batting alongside Shikhar Dhawan, because he has played Test cricket in Australia previously, and is coming off an excellent IPL. Shikhar, of course, must embrace additional responsibility in Rohit’s absence. He batted like a dream in the IPL, dictating terms to the bowlers and waiting for the ball to come to him rather than trying to hit the cover off it. He and Virat Kohli must provide the stabilizing base from which the likes of KL Rahul, Shreyas Iyer, Hardik Pandya and Manish Pandey can launch, depending on what resources India employs.

The one area that should worry kohli is the lack of bowling options in the top order. One is not sure what Hardik’s status is with regard to bowling; India can’t afford to keep going in with five bowlers and no insurance in case of a bad day.

Australia are a lot more formidable than last time, with David Warner and Steve Smith back in the fray and Marnus Labuschagne establishing himself as an all-format force. They will have taken heart from how Glenn Maxwell and Alex Carey resuscitated a lost cause against England in Manchester in September with centuries during a stirring run-chase. Marcus Stoinis had a wonderful IPL, and I will be interested to see how Australia use his hard-hitting abilities.

Aaron Finch has more bowling options than Kohli, although he will be heavily dependent on Mitchell Starc, Pat Cummins and leggie Adam Zampa to deliver wickets. All told, the teams are fairly evenly matched. You must have a very good reason to not watch this showdown.