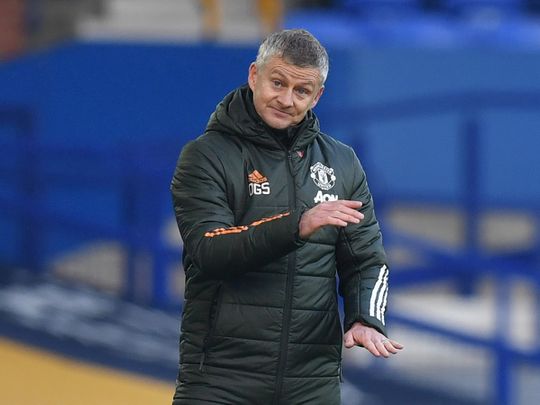 Manchester: Manchester United have had a poor home record in the Premier League this season and manager Ole Gunnar Solskjaer has said the absence of a roaring crowd at Old Trafford due to the COVID-19 pandemic has not helped his side.

United are yet to win at home this season with three defeats in four games, including a 6-1 hammering by Tottenham Hotspur. Arsenal also claimed their first victory in 14 years at the stadium that is usually packed with 75,000 fans.

United take on winless West Bromwich Albion, who are third from bottom, later on Saturday.

“Home and away is different, not like it used to be,” Solskjaer told reporters.

“The games against Chelsea (0-0) and Arsenal were very close games where I’m 100% sure if we had had our fans that would have helped us and sparked that little extra X-factor we needed.

“It’s a different sensation now playing without the fans behind the goal at the Stretford End, they normally score a goal for us.” United, who have won all three away matches so far, are 14th in the standings with 10 points and a game in hand.