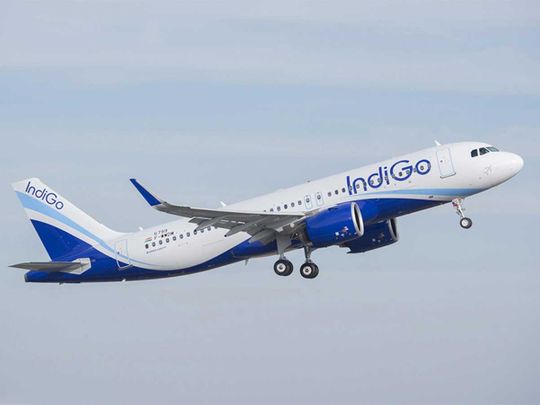 Dubai: The mortal remains of a passenger from the UAE, who died mid-flight on Tuesday morning, was flown to India on the same flight from Pakistan, where his flight was forced to make an emergency landing, airline sources have confirmed to Gulf News.

A Sharjah-Lucknow IndiGo flight had to make an emergency landing on Tuesday in Pakistan’s Karachi airport after the passenger suffered a medical emergency, Indian news agency ANI had reported earlier.

Speaking to Gulf News from India, an airlines source, however, said that the passenger was in fact aged 57. “He was an Indian passport holder. He had apparently collapsed after a severe asthma attack and seizures,” the source said.

The official ruled out the passenger having COVID-19 and confirmed that he was carrying a negative RT-PCR report which is now mandatory for all passengers from the UAE to India. Following the passenger’s mid-flight medical emergency, the Indian carrier was given landing permission in Jinnah International Airport in Karachi in Pakistan.

The plane had entered Pakistani airspace at around 4am local time via Iran when the passenger fell ill, the report said, quoting Civil Aviation Authority sources.

“Once the passenger fell ill, the captain reached out to the air traffic control and asked for an emergency landing on “humanitarian grounds” in Karachi. Once the request was received, the airline was directed to make an emergency landing at Karachi’s Jinnah International Airport at 5:30am,” it added.

The airline source told Gulf News that the flight landed in Karachi at 5:30am as per international aviation protocol.

Pakistan had reopened its airspace to international civil aviation in July, 2019 after months of restrictions imposed because of tensions with India, which forced detours that cost airlines millions of dollars and resulted in delays for passengers. “What I know is that the mortal remains were carried back to India on the same flight,” the airline source said.

The Pakistani medical team reportedly said that the cause of death was cardiac arrest.

Once the doctors officially declared the passenger dead on arrival and the medico-legal formalities were completed, the jet reportedly took off to Ahmedabad in the Indian state of Gujarat around 8:30am from Karachi.

The airline source confirmed that the flight had to be diverted to Ahmedabad. The flight landed after 10am and the passengers had to be then sent to Lucknow from there.

The original flight’s departure time from Sharjah is 1:50am and arrival time at Lucknow is 6:15am local time. The sources said the airline had extended all assistance to the co-passengers, who were affected due to the unforeseen situation, and said all passengers had already landed in Lucknow.

It is not immediately clear if the mortal remains of the passenger have reached his home.