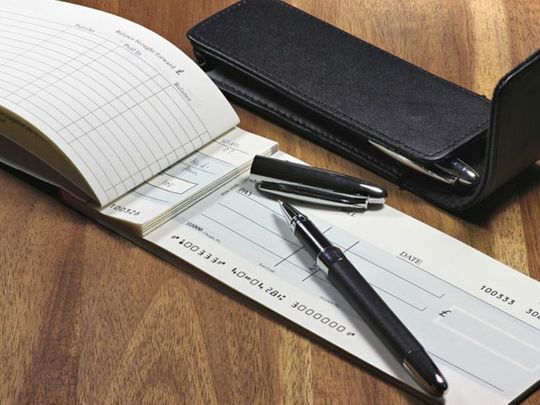 Dubai: An Indian expatriate in Dubai has been convicted of stealing his employer’s cheque book and forging the signature of his boss 47 times over two years to transfer Dh447,000 into his personal account. H.Y.P., 29, from the Indian state of Gujarat, has been sentenced to six months in jail and also ordered to pay Dh471,202 in fines. He will be deported after serving his term.

His employer, Kishanchad Bhatia, 72, said H.Y.P. had been working at his Dubai-based company, Transcontinental Indenting, as an administrative staff for the past eight years and had access to the firm’s cheque books.

Court records show that he wrote 47 account-payee cheques to systematically move the funds to his personal savings account at a bank in Dubai. Bhatia, who has been living in the UAE for more than five decades, said the theft was discovered in October this year when a cheque book with no leaves in it but several blank counterfoils was found inside H.Y.P.’s office drawer.

“Subsequent investigations showed that all the missing cheques had been drawn in favour of H.Y.P. We confronted him with the evidence and reported the matter to Dubai Police,” said Bhatia. “Police acted swiftly on my complaint and arrested H.Y.P. on October 18. Later, he was referred to Public Prosecution where he was charged with fraud. On December 16, a Dubai criminal court announced the guilty verdict.

“The swift outcome of the case has strengthened my faith in the country’s police and judiciary,” Bhatia added.