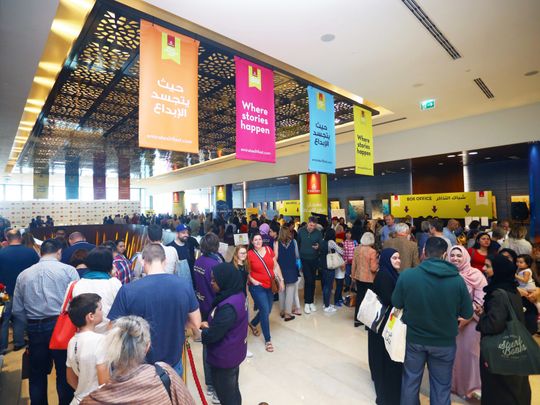 Dubai: For the first time, the forthcoming annual Emirates Airline Festival of Literature will have a mix of virtual and in-person sessions, fewer seats and multiple locations because of the COVID-19 pandemic, organisers said on Tuesday.

There will be no book signing events, with pre-signed copies of books instead available for purchase. Also, the award ceremonies will not be held at the event, such as the education awards, which will be delayed till March, the Month of Reading. Moreover, there could be changes to which authors will physically attend the event because of the “fluid situation” regarding flights, a virtual media briefing heard on Tuesday. Another change will see visitors having to select available seats online when buying tickets, like when choosing seats on the cashier’s screen at the cinema.

There will be temperature checks at the entrance, visitors will have to correctly wear masks over the mouth and nose, sit in their numbered seats and maintain social distance at all times. Rooms hosting the sessions will be sanitised between each session.

The format changes and safety precautions were announced during a reveal of the author line up for the “lit fest” on Tuesday. To prevent crowding, the latest edition will be held over three weekends at three locations in Dubai: January 29 to 30 at Art Jameel, February 4 to 6 at InterContinental Dubai (the regular main venue), and February 12 to 13 at Alserkal Avenue. Some activities and exhibitions will run throughout the lit fest, which is sponsored by Emirates Airlines and organised by Emirates Literature Foundation.

Tickets will start from Dh40 for the children’s sessions and Dh60 for the adults’ sessions. There will be other prices for tickets for special events, workshops and tiered seating. There is also an option for a “virtual ticket” priced Dh100 that allows access to all virtual sessions, which will be at least 10 in number. All tickets will be available for purchase online at the lit fest’s website, starting from around mid-January. Members of ‘Foundation Friends’ will have a 24-hour advance window to buy the tickets and book priority seating, as well as a two-year membership instead of one year as a special promotion.

In the latest edition, around 90 authors are taking part. Some of the English book authors include Malala Yousafzai, Thomas Erikson, Lemn Sissay, Ali Sparkes, Annabel Kantaria, Ben Bailey Smith, and Mimi Nicklin. It was not immediately clear which ones will end up participating in-person, with a clearer picture emerging when the tickets go on sale, but the event will be “primarily a physical festival”. However, even if an author is speaking through a virtual platform, his or her session or panel discussion will be shown live on screen at the Dubai lit fest premise with a moderator physically present on stage. 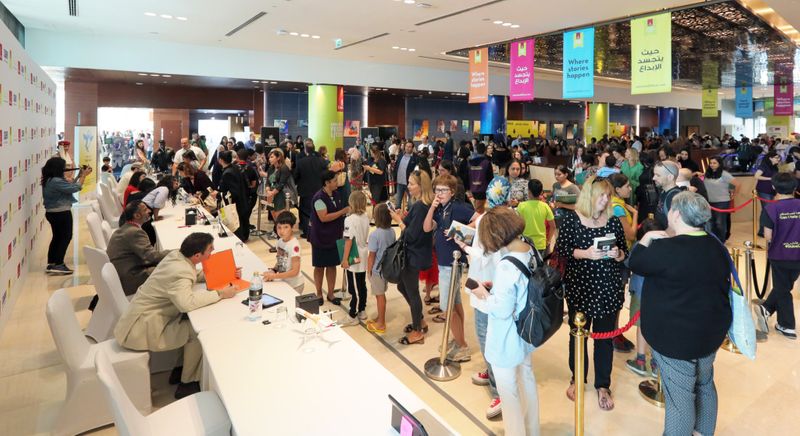 In the latest edition of Emirates Airline Festival of Literature, around 90 authors are taking part.
Image Credit: Supplied 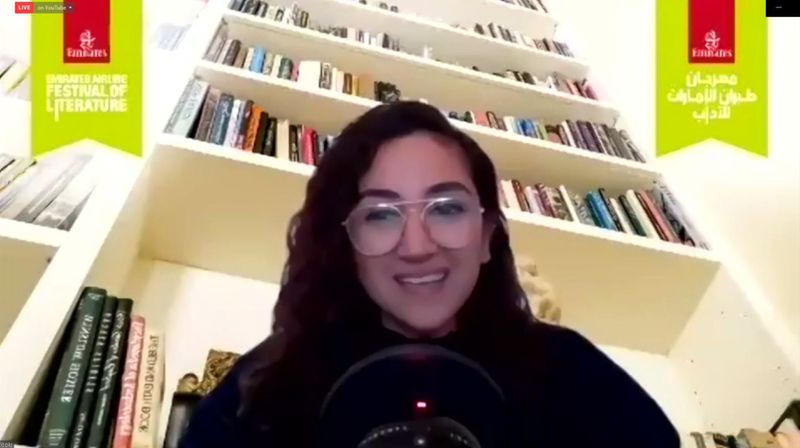 On Tuesday, addressing the virtual briefing, festival director Ahlam Bolooki said: “We can’t wait to bring together authors with readers once more in a safe environment. Whether you turn to books for the science to help you understand, for the stories to help you make sense of things, or simply for some much-needed escapism, books and stories have never been more important… We are determined to have a safe and incredible festival in a new format.”

Bolooki added that she was “delighted with the response that we have had from authors from around the world” for participating this edition, even though invites had to be sent later than usual and despite the uncertainties because of the pandemic.